For those of my listeners and readers in the Washington metropolitan area, especially those that live in Montgomery county, Maryland, the red line to shady grove is usually the most crowded train on the various multi colored lines that make up our capital’s excellent metro system. Shady grove is the last spot out of DC into Montgomery County. Strangely enough, to actually go into DC you have to take the red line to Glenmont. Who is Glenmont? No one knows, in fact I’d wager the a majority of Washingtonians who’ve been taking the metro for years have never actually been to or met, this Glenmont. But that’s the train you take to go into DC and back out. Glenmont is the last stop on the other side of Montgomery County. Confusing, but you get used to it.

You also get used to sharing the train with many of DC’s homeless. Some will ride the train all day or late into the night, especially during the fridge winters. You’ll see them sleeping behind the escalator, in parks. It’s heartbreaking. It pisses me off. The capital of the richest country in the world, and so many homeless.

I had always been passionate about the homeless. About street children. Don’t laugh, but all it had to take was one or two bad decisions and I would’ve ended up a street kid. That’s a story for another album. In any case, living in cities like Karachi, Pakistan takes you into the heart of homelessness, street people, children begging for food and money, laborers sleeping on the sidewalk. I saw this life because I lived among these people. In a place like Karachi, there are no rich or poor neighborhoods. There is what you choose to see, and what you ignore. It’s Karachi. Even the rich drive on the same mucky roads, smell the same air, and drink the same sewer water. They know. Even if they don’t talk about it. They know.

In DC, where the average lunch break is around $20 for a shit sandwich and some kettle fried chips, it becomes harder to ignore. And yet we do. I did, as much of a bleeding heart as I am, what did I change? Volunteering? Soup kitchens? Don’t make me laugh. Just as with the minimum wage, nobody has a clue, and the status quo is often the easiest ‘solution’. Bernie wants the $15 minimum and Republicans won’t even let him have that, but even the good Senator knows, 15 ain’t much. What many of us want is an opportunity. A chance. An opening. Teach a man to fish etc.

But how do you teach a man to not be homeless. What happened to that old man in the corner there? Who is he? What is his story? Did he fall in love once? Did he experience joy? Hope? Did he dream? What happened for him to end up on the Red Line to Shady Grove? With all his belongings in black plastic bags? This once promising human, reduced to a shadow. Institutions, strong and well funded institutions with strong social and community networks, are the only thing that can prevent homelessness. Yes, that dirty Socialism Conservatives hate so much. It’s not Socialism. It’s responsible society.

Far too many nights, over the last 20 years, I have taken the train home to the suburbs. Drunk, or just beaten down, feeling completely empty because my ‘American Dream’, in spite of all of my attempts turned out to be nothing more than a repetitive boozy grind. Sure I was motivated, driven, all that self help bullshit that we Americans consume on a daily basis like so much psychic junk food. But I too was homeless. Directionless. I knew intellectually, that without my own advantages, I too could have ended up like my anonymous fellow traveler. We were both sharing the ride, but only one of us would get to go home.

After I lost my home, the home that I had with my little lady and tiny dog, I felt more homeless and directionless than ever. I felt unwanted and unloved. I said to her: let me come home. That door is closed, said she. For so many of America’s homeless, that door is closed for them too. But it needn’t be. We have enough warmth, enough space, enough bright minds, and enough wealth and resources, to take care of those who can’t take care of themselves.

I was strong. I had resources. An education. I had family to carry my weight for a while. But losing her felt like losing my eyes. I didn’t know how I could go on. I didn’t want to. What hope does the protagonist of Red Line To Shady Grove have? The homeless elderly woman with severe health issues, no family, no resources, and no one that cares?

If we are truly honest, we know that there is not that much of a difference between ‘them’, and us. On so many nights on that train, on that last stop to Shady Grove, I felt just as homeless and just as unloved. I cannot imagine the life of someone without even a place to call it a night. Just one night. Sometimes that’s all we need. The chance to close our eyes in the darkness and wake up to the light. 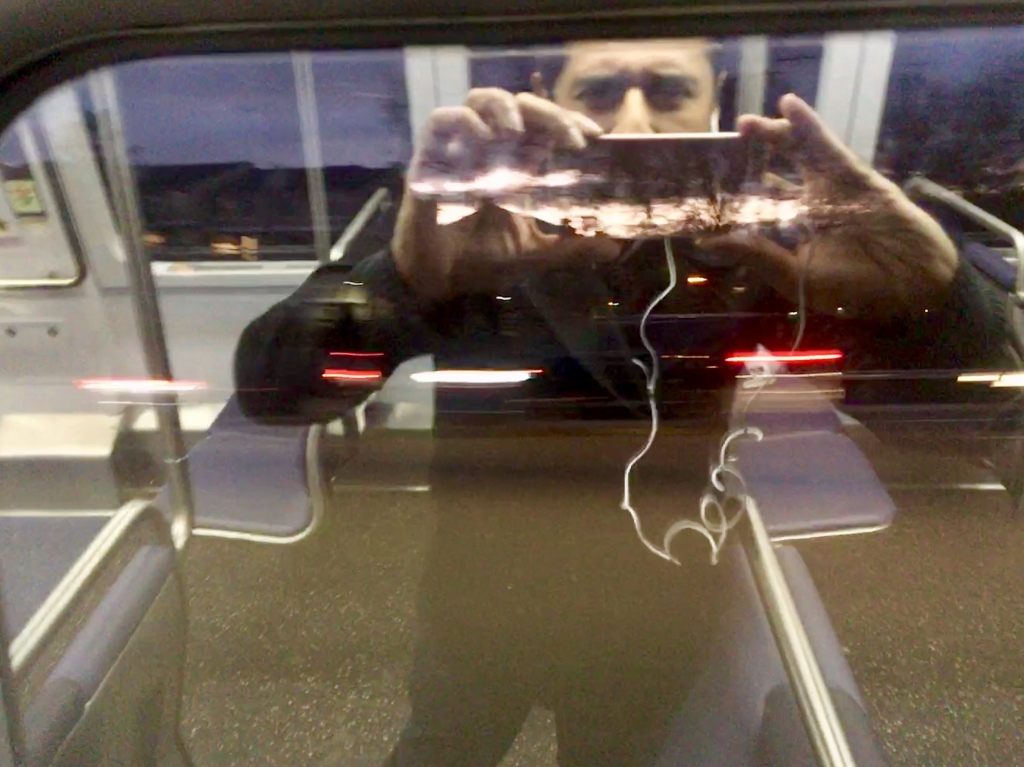 I felt just as homeless and alone. Even though I knew how lucky I was to still have a home.

Begin typing your search above and press return to search. Press Esc to cancel.